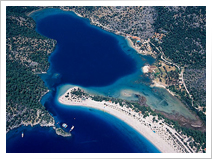 Turkey is situated at the point where three continents -Europe, Asia and Africa- are closest to each other, covering an area of 814,578 sq.km. with a population of 75 million citizens.

Turkey’s capital city, Ankara, is located in the northwest of the central part of the country. Turkish is the official language.

The European and Asian sides are divided by the Istanbul Bogazi (Bosphorus), the Sea of Marmara, and the Canakkale Bogazi (Dardanelles). Anatolia is a high plateau region rising progressively towards the east, broken by the valleys of about 15 rivers, including the Dicle (Tigris) and the Firat (Euphrates). In the north, the Eastern Black Sea Mountain chain runs parallel to the Black Sea; in the south, the Taurus Mountains sweep down almost to the narrow, fertile coastal plain along the coast. Turkey enjoys a variety of climates, changing from the temperate climate of the Back Sea region, to the continental climate of the interior, then, to the Mediterranean climate of the Aegean and Mediterranean coastal regions.

Turkey is surrounded by the Mediterranean Sea, Black Sea and Aegean Sea, which connect the country to the whole world. The coastline of Turkey's three seas is more than 8,333 km long. Because of these long coastal borders and the bridge between Asia and Europe, Turkey has been the center of major commercial and migration routes. 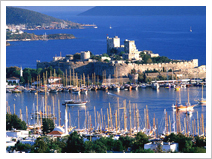 The Turkish Republic is based on a secular democratic, pluralist and parliamentary system. The National Assembly is elected by popular vote and the nation is governed by the Council of Ministers headed by the Prime Minister. Turkey is a founding member of OECD, the Black Sea Economic Cooperation Organization, a member of NATO, the European Council and the European Parliament, and a candidate for the European Union.

Turkey has been called "the cradle of civilizations". Throughout history the Turks have established numerous states in different geographical areas on the continents of Asia, Europe and Africa. Therefore, they encountered different cultures, they influenced these cultures and were influenced by them.

The world's first town, a Neolithic city at Catalhoyuk, dates back to 6,500 B.C. From the days of Catalhoyuk up to the present, Turkey boasts a rich culture that through the centuries has made a lasting impression on modern civilization. Being an heir to many centuries of cultures makes Turkey a paradise of information and cultural wealth. Hattis, Hittites, Phrygians, Urartians, Lycians, Lydians, Ionians, Persians, Macedonians, Romans, Byzantines, Seljuks, and Ottomans have all made significant contributions to Turkish history; and the ancient sites and ruins scattered throughout the country prove each civilization's unique distinction. 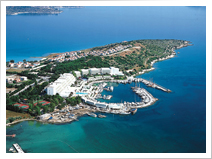 Turkey also has a very fascinating recent history. Upon the decline of the Ottoman Empire, Mustafa Kemal Ataturk founded the Republic of Turkey on October 29, 1923. He led his country into peace and stability, with tremendous economic growth and complete modernization.

Turkey is a major tourist destination in Europe. With the rapid development of both summer and winter resorts, more and more people from around the world are able to enjoy the history, culture, and beautiful sites of Turkey. Historically and naturally, Anatolia has an extensive range of touristic entities. Wherever you go, you can visit many historic and natural sites, with incredible vistas, views, natural formations and historic cities and locations.

A very extensive repertoire of museums can be found in all cities, ranging from open-air museums to museums displaying small objects, from pre-historic to post-modern, and from extinct creatures to arts and sciences, as Anatolia naturally and historically has been rich throughout history. 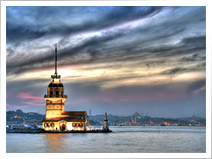 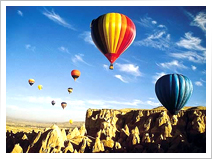 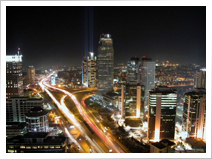 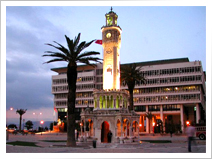 Izmir is the Turkey's third largest city after Istanbul and Ankara and the second most important port.The population is around 4 miilion citizens. It is a modern, developed and a very busy commercial center.

It is located on the west coast of the country possessing a large hinterland known as the Aegean Region. Although the Aegean Region covers approximately 170,000 km2 which is 21% of Turkey's territory, it is one of the most developed regions of Turkey. 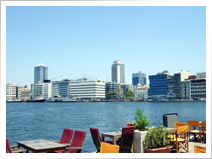 Aegean Region is the second largest industrial region in the country after Istanbul with very specific socioeconomic differences. The economy is agro-industry oriented, food, textiles, leather, plastics, automotive and machinery are in the lead in with Izmir as the capital encompassing all industries.

The city lies at the head of a long and narrow gulf furrowed by ships and yachts. The climate is mild and in the summer the constant and refreshing sea breezes temper the sun's heat. Behind the palm-lined promenades and avenues which follow the shoreline, the city, in horizontal terraces, gently ascends the slopes of the surrounding mountains. For many years Izmir has enjoyed a reputation as a cosmopolitan city culture. 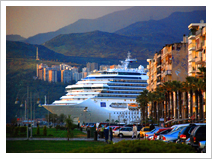 As well as being undeniable world city with its natural beauties, historical and cultural values, Homer's love and poetry city of Izmir where various civilizations flourished and people have lived together in tolerance and brotherhood. Izmir city has acquired her name from an Amazon queen called Smyrna and was mentioned by famous historian Herodotus as "the city under the most sublime blue sky and on the remarkable climate".

Izmir has been at the center of the important appealing situation due to the sacred places belonging to Judaism, Christianity and Islam. The existence of holy places in the vicinity of Izmir such as Mary's House proclaimed as a significant place of Pilgrimage, the Double Church dedicated to Virgin for the first time, the Basilica of St. John including the tomb of Christ's beloved friend, the Grotto of Seven Sleepers and the Seven Churches of Revelation built to serve the spread of Christianity has been also giving rise to a promoting center from the point of Faith Tourism.

The diversity of activities and resources that Izmir city is able to provide makes it a very attractive area for tourism. It boasts both spas with healing thermal waters and the deep blue sea with wonderful beaches. It offers visitors many options for a unique holiday experience.

As a lively and cosmopolitan city, it occupies a significant place in Turkey’s cultural life with the International Arts festival and International Fair. 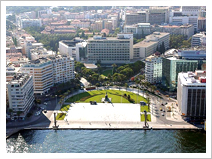 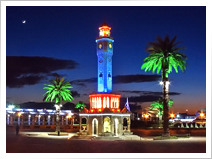 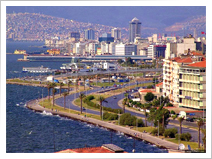